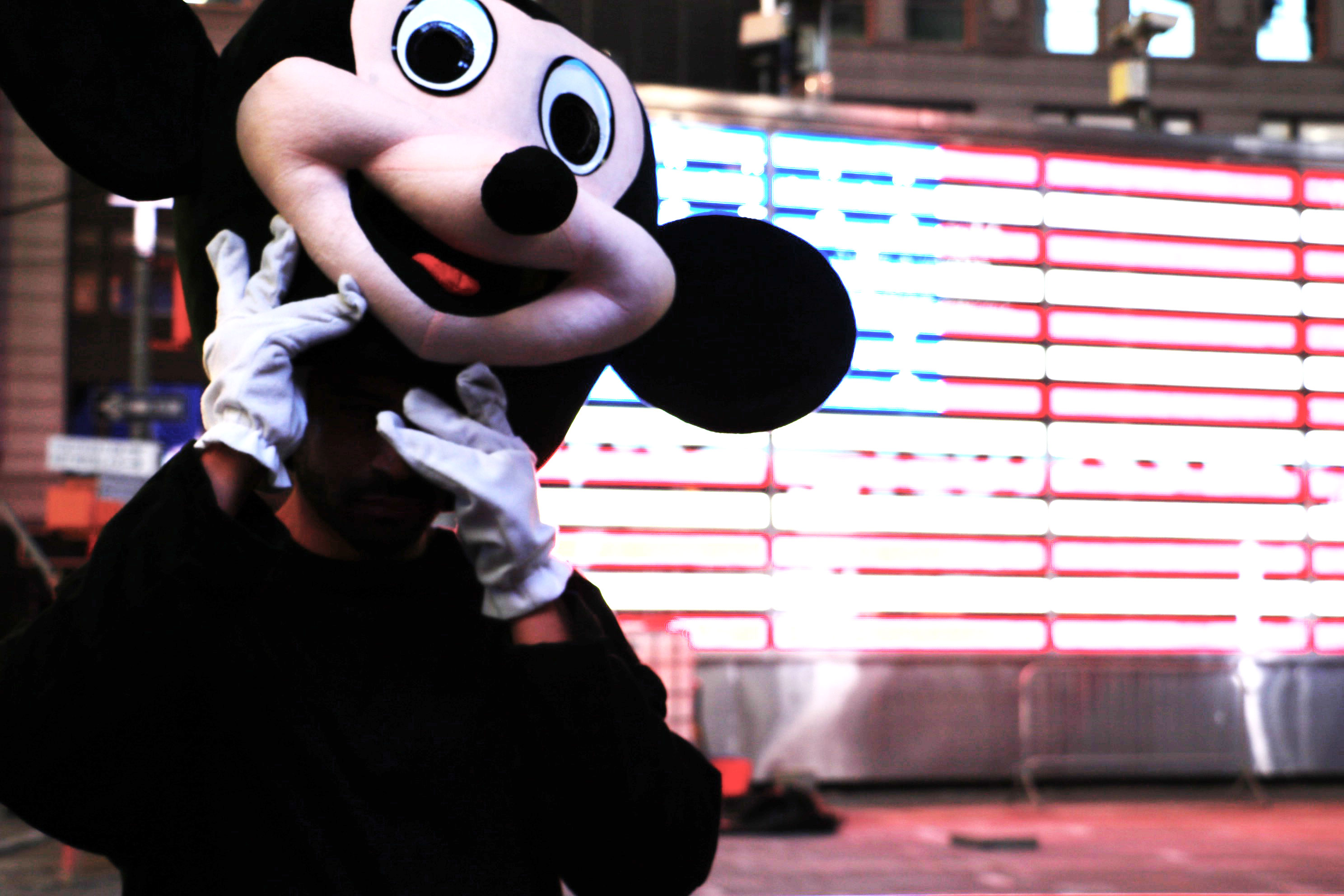 The six minute documentary style film "NEO 10Y vs. NIHIL: The Kid That Killed Trump (A Concept Film)" shows the story of a drug forlorn Times Square Mickey Mouse impersonator convincing Donald Trump to end his life. The film contains an explicit rape scene between Trump and Mickey Mouse and a long lasting visual of Trump's burning flesh alongside impactful pop culture commentary through visuals and insightful lyricism from the artist juxtaposed against the current American political landscape.

The film acts as a public service announcement/wake up call for US Citizens to vote against Trump and his divisive ideals on November 8th. It is accompanied by the following letter from the anonymous British artist who has been described as the "Banksy of music".

"There remains just over one month until what will arguably be the most important tipping point for humanity on both a socio-economic and political level.

This is based on the election of a single figurehead on November 8, who will lead the world and global mindset in one of two directions.

As a creative community, it is our role to educate and inform through artistry, NEO 10Y x NIHIL: The Kid That Killed Trump seeks to be part of the glue that bonds us to raise awareness and unite within a construct wherein we are being forced to divide.

2016 has already taken human kind on an arguably apocalyptic turn inciting a race war, a class war, hatred and the marginalisation of under represented communities; not to mention the grave death toll through violence through ignorance and hatred - all stemming from the dangerous mindset of one particular figure head.

As a British artist that experienced the repercussions of Brexit firsthand, I have spent the last three months creating in America to urge you to be vocal and vote for peace - to eliminate the hatred, fear-mongering, xenophobia, misogyny, transphobia, division, racism that this demon is breeding.

America, your decision on November 8 will affect the entire world.

The footage in this film was captured on the night of the first presidential debate (26 Sept) with my friend Andrew Kass (Dazed) on cinematography. The story, lyrics and accompanying tracks are written and performed in this film by myself NEO 10Y; AMERIKKKA (produced with JEZTLS) and JANIS (produced with hii.de) are already available to stream on Apple Music, Spotify, TIDAL and also SoundCloud for free. The third track, Wild West (produced with hii.de) is set for release soon.

Created in London, New York and Los Angeles, this is the most creatively ambitious project I have ever undertaken. I hope that it opens up some minds, as it aims to creates a concept reality that we should each be experiencing in order to move forward as society.”

A six minute concept documentary and three part self-directed music video from artist NEO 10Y (http://www.mtv.com/artists/neo-10y/biography/) showing the story of a drug forlorn Times Square Mickey Mouse impersonator convincing Donald Trump to unfollow himself and end his own life. Contains scenes of a sexual nature and impactful commentary through visuals and insightful lyricism juxtaposed against the current political landscape of America.

The message from the still anonymous British artist is intended as a wake up call to America in advance of the presidential elections on November 8th.

AMERIKKKA, JANIS and WILD WEST, all written, performed and co-produdced by NEO 10Y.